I’ve been thoroughly enjoying my XPS 9560 – outlined in my original guide – for two years now.  However, with the bulk of my work as a Java software engineer, I do large compiles dozens of times per day. I’ve recently found myself wanting for a bit more CPU and I/O horsepower than my I7-7700HQ and Toshiba XG5 could give me. As long as my wife doesn’t read this, I’ll also admit I wanted a little more oomph than my GTX 1050 was delivering. 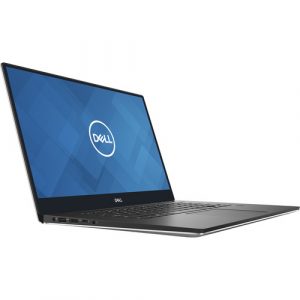 This time, I did opt for the 1080P screen: I learned my 4K touchscreen was a total waste of money and power. I almost never worked from the laptop screen; when I did I’d sometimes run into problems reading tiny fonts (e.g. grub), and I’d more frequently accidentally hit the touchscreen and cause chaos than I did intentionally use it.

I have to say, out of the box, this was a big improvement over my 9560 experience – it booted!  There are still hoops to jump through, but overall it appears to be a simpler process than on the old 9560.  In my reading, it appears that the same changes are required for the older 9570. I assume these apply to the 9370 and 7390.

Before you wipe the default Windows install, you might want to update system firmware. Specifically, Fedora will update the BIOS just fine, but I found the Thunderbolt controller firmware was outdated, and it was trivial to update this in Windows.

If you have a TB16 dock, be prepared for pain. You will have flaky peripherals – my USB keyboard and mouse constantly disconnected in both Windows and Linux.  This appears to be a known issue.

The WD19TB dock works very well, but does require setting Thunderbolt to BIOS assist enumeration instead of “auto” or else USB devices will randomly drop dead after reconnecting.

Before booting, use F2 to boot into BIOS setup and change two things:

1. Change the SATA mode from RAID to AHCI

Fedora will not find the nvme without this. I’m still baffled as to why RAID is the default, since I also re-installed Windows 10 using the AHCI driver.

This is optional, but I use both proprietary Nvidia drivers and Virtualbox which require this. This guide uses the commercial Nvidia drivers, so I suspect you’ll want this.

Contrary to previous versions, I did not have to make any other BIOS changes.

In sharp contrast to earlier models, Fedora 31 boots and installs fine. Encrypt those partitions and boot into Fedora.

Once booted, open a terminal, fully update, and reboot.  In particular, you don’t want to end up with a mismatch between your running kernel and the kernel-devel package you install later.

1. Install rpmfusion and the nvidia driver:

2. Strangely, I’ve found that Negativo17 and rpmfusion both update /etc/default/grub to blacklist the nouveau driver, but both skip actually updating grub.cfg.

3. Install the copr bumblebee repository and the bumblebee packages:

Note: We have to explicitly tell Bumblebee not to use bbswitch. On the 7590, once bbswitch powers down the card, Linux can’t power it back up. So far, it doesn’t seem necessary: if the driver remains loaded, Linux seems to power the card down when not in use.

I tested the AlwaysUnloadKernelDriver option and found that power consumption remained high if the driver was unloaded. In fact, I found I needed to stop bumblebee from blacklisting the nvidia driver to make sure it was loaded at boot, which allowed power management to kick in under battery power.

Unlike the install on the earlier models, I have not had to customize any kernel parameters yet.

Install TLP to automatically tune power consumption, and powertop to observe and verify the results.

I am still using the linux-intel-undervolt-tool, but at the recommended -100mv undervolting I still can’t tell a difference in power consumption or heat in normal usage. I suspect I will see a difference gaming, but I haven’t had time to play yet.

I’ve been running -100mv CPU, GPU, and Cache as well as -50mv system agent with no issues.

Pretty impressive if it holds!

So far, this is a very nice laptop. I have two complaints:

1. The TB16 dock not working is very frustrating – I already own two of them. They worked well enough with the 9560, but appear to have been abandoned.

2. The Micron 2200S 1TB NVME is pretty lackluster for a high end laptop. An older Samsung 960 Pro 512GB in my workstation smokes it. I’ve ordered a 970 Evo Plus to alleviate this.

« How to Save a Small Fortune by Buffering Less. » Encrypted ZFS on Linux